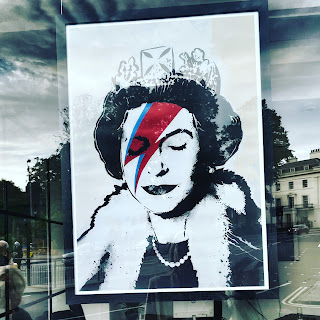 With the September 8th, 2022 death of Queen Elizabeth II, newsfeeds around the world were full of iconic images of Britain's longest-reigning monarch. Gorgeous glamour shots of the young queen, stately photos of the older woman, and even kindly grandmother pictures that wouldn't look out of place on someone's mantle. Another side of my social media feed was filled with angry posts about the monarchy's history of racist empire-building, of problematic choices by Elizabeth II personally, and the role of the crown in questionable policies. And a third subset of social media posters, especially among Americans, seem to consider the news of the queen's death unremarkable or unrelatable. I posted this photo that I took in May during a trip to York, UK, because somehow, this representation speaks to my own conflicted feelings about her iconic status. Unlike rock stars, media personalities, and politicians, Elizabeth Windsor didn't choose her fame, she was born to her
Read more

An Award for Romance 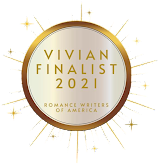 I came from the film industry, so I was raised on a steady diet of the Oscars, the Golden Globes, the SAG Awards. Those awards are supposed to represent the best of the best – the top performances, the best writing and directing, and all the other wonderful moving parts that go into making an excellent movie. Those awards come with seals of approval, marks of prestige, a title that says you did a thing that people found to be great, perhaps even the greatest of that year. All of these awards are subjective, of course, and all of them have had problems, have been called out for inequity, a lack of diversity or inclusion, even inaccessibility. The good ones, the relevant ones with reputations for excellence keep moving forward, making strides to be different, to grow and change as people’s minds open to all the myriad ways hurt, harm, and exclusion have been perpetuated by the systems in place, and as such, they remain a hallmark of something special. The book world has its own set of
Read more

It's the People Who Matter 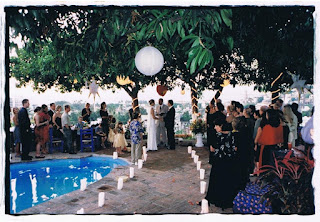 Yesterday was our 20 th wedding anniversary. It was also the day our country got a new president. We spent the morning watching the inauguration, marveling at the power of Amanda Gorman’s words, and President Biden’s ideas, and the hope and love and call for unity that wove its way through the ceremony. It was beautiful to see the fist-bumps of Kamala Harris and Barack Obama, to revel at the connection Madame Vice President had with the former First Lady, to experience the love and respect of the Bidens, and to watch so many people connecting over a shared stand for possibility. It was powerful, moving, uplifting, and made me cry. Twenty years ago, words, ideas, hope, love, unity, and a shared experience among people we cared about did the same. Anniversaries are all about the couple who got married. They’re sort of a “yay, you made it” acknowledgement, and every thumbs-up and heart emoji is validation that someone cares that we continue to make it. But at a wedding, it’s never just a
Read more

Advice to my son 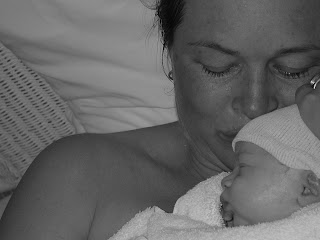 I just received an interesting email from my son’s English teacher. They’re reading Hamlet in class, and she wants to personalize the scene in which Polonius gives advice to his son, Laertes before he leaves for France. She’s asked us to write our High School Senior a letter full of the advice we’ve spent the last seventeen years trying to impart. My writerly, parent brain loves this idea so much I thought I’d share my letter here.   Advice to my son before he leaves home: 1.      Be kind. Your kindness to someone else will always make a difference. 2.      Give yourself time to sleep. You need it more than you think you do. 3.      Walk or run when you can. Make time to hike in nature. Movement will be a pressure valve release on stress. 4.      Drink water. 5.      Take a moment to photograph that sunset, or the cool cloud pattern, or even the interesting cornice on a building. Look up, notice things, find beauty around you, make a record of it. 6.      Spread your w
Read more 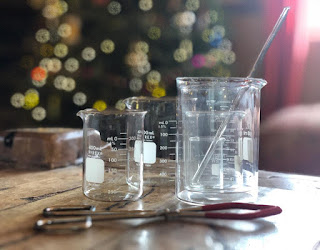 This post has nothing to do with books. It's a recipe for the lip balm and skin cream I make, which my husband calls kitchen witchery. It's what inspired my Christmas gift from him this year - a fabulous chemistry beaker collection with which to practice my potions-making. I began making my own skin cream when I developed itchy rashes after my oldest son was born - possibly eczema, possibly stress or hormone-related. Petroleum-based creams irritate my skin now, so I make my own from simple ingredients. And dry lips are my kryptonite, so it was an obvious step to add lip balm to the mix. I keep the recipes in the notes section of my phone, and they've evolved over time. The summers I spent in the Yukon Territory fostered my interest in botanicals, and for awhile I infused almond oil with dried yarrow and fireweed that I'd gathered from the boreal forest. I said this post has nothing to do with books, but that's not entirely true. The short story I just sent in my ne
Read more 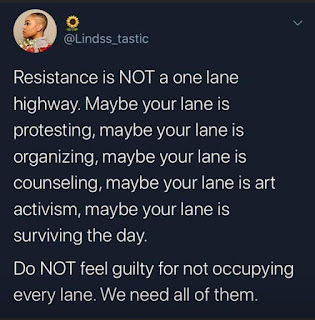 This post, by poet and author Lindsay Young , really resonates with me as I wrestle with how I can lend my voice to help change the systemic and institutionalized racism that is woven into the fabric of America. The book I just published, Death’s Door , is full of musings about bias and activism, preconception and responsibility, and for some readers, it seems to be landing squarely in the zone of “exactly what I needed to read right now.” For a lot of reasons, not the least of which is the main character’s activism and social conscience, I’ve decided to use Death’s Door to further a cause I feel passionate about – the right to vote. Former President Barack Obama just wrote in response to the protests happening around the country: “The point of protest is to raise public awareness, to put a spotlight on injustice, and to make the powers that be uncomfortable; in fact, throughout American history, it’s often only been in response to protests and civil disobedience   that
Read more 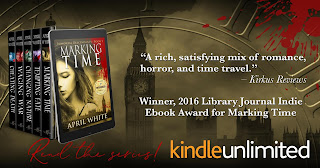 I've started and stalled on this blog post so many times since March when our kids' schools closed and life shifted into something that looked very different than how I'd expected it to look. I'm writing something I didn't expect to write, feeling transparent some days, and resilient others. Teaching myself to knit, to savor small things, and to appreciate every opportunity for human contact, no matter how digital it currently is. No one expected the way doing business has changed for any of us, and the generosity we've all seen from every sector - from medicine to the food and service industries, from deliveries to sanitation, from musicians to authors - everyone has given their time, energy, industry, and focus to helping all of us get through this crazy time. I didn't read for a couple of weeks, but I've started to find my reading escapes again, and I am so grateful I signed up for kindle unlimited, just for the sheer volume of great books th
Read more
More posts